"DELICIOUSLY DISHES OUT THE SHIVERY, SEXY SUSPENSE OF A HITCHCOCK THRILLER"

- We Got This Covered

"A FILM OF CLASS"

"The wonderful Kirsten Dunst sets another example of why she should keep her focus on independent cinema at the moment."

"One of the most interesting and satisfying features of the summer."

"Performances that grip you."

"The shivery, sexy suspense of a Hitchcock thriller is deliciously dished out in The Two Faces of January."

"Amini handles the mythological subtext of the story with seductive skill."

"Mortensen is a pro at the slow burn, and he adds genuinely frightening layers of impulsiveness to this tempest-in-a-teapot scenario."

"SEDUCTIVE. A GRIPPING OLD-SCHOOL SUSPENSER. Expertly blends touches of Hitchcock and Highsmith. What better way to see Turkey and Greece than in the company of such beautiful law-breakers?"

"Anyone who yearns for the good old days when thrillers were elegant, subtle and romantic will find themselves thoroughly pleased. A sumptuous and massively enjoyable suspense yarn."

"CLASSY AND CLASSIC. A DELICIOUSLY SUSPENSEFUL FILM NOIR. A perfect getaway for grown-ups who don’t have a taste for turtles, transformers or talking raccoons."

"ELEGANTLY PLEASURABLE. A treat to look at and listen to, evoking a lot of old-fashioned movie virtues, and showing us a lush but suspenseful good time."

"Oscar Isaac smolders to great effect in 'The Two Faces of January."

"The film’s elegance is enrapturing, and the performances captivate."

From the author of The Talented Mr. Ripley and the producers of Tinker Tailor Soldier Spy comes a stylish and breathtaking thriller following the charismatic Chester MacFarland (Viggo Mortensen) and his alluring wife Colette (Kirsten Dunst) as they befriend a young guide (Oscar Isaac) during a European trip. Their friendship quickly takes a dangerous turn when it morphs into a love triangle rife with envy, obsession, and murder. 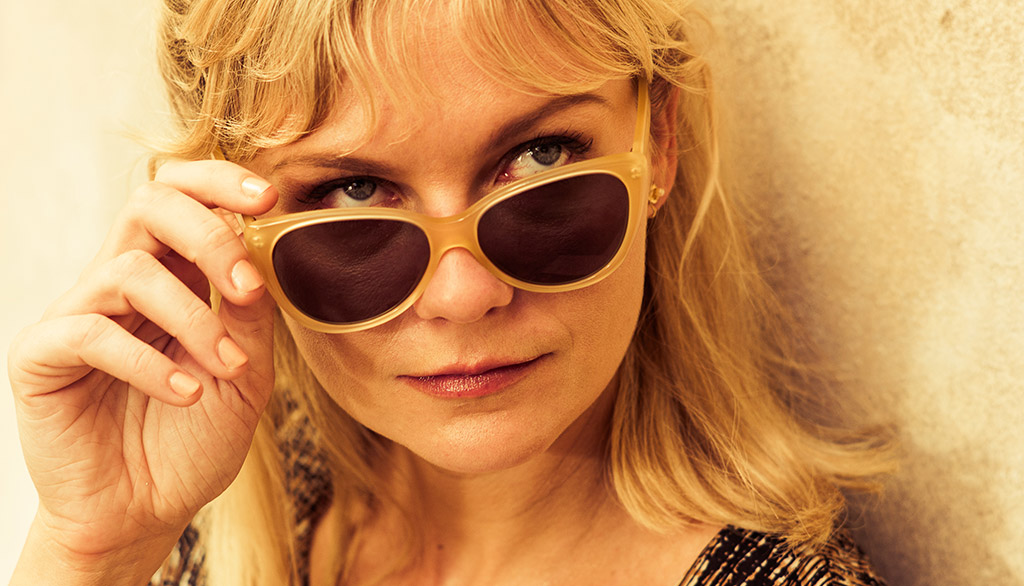 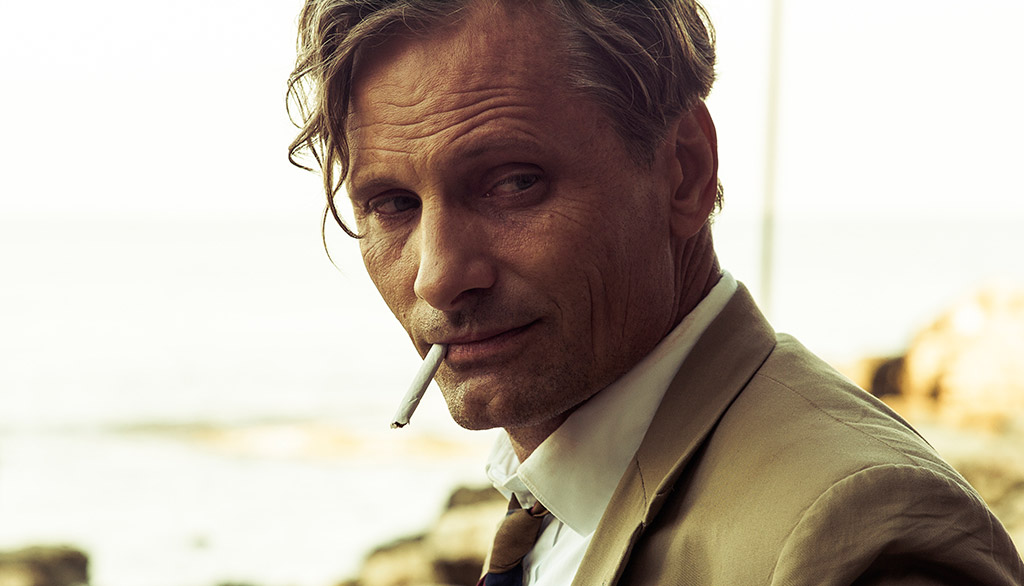 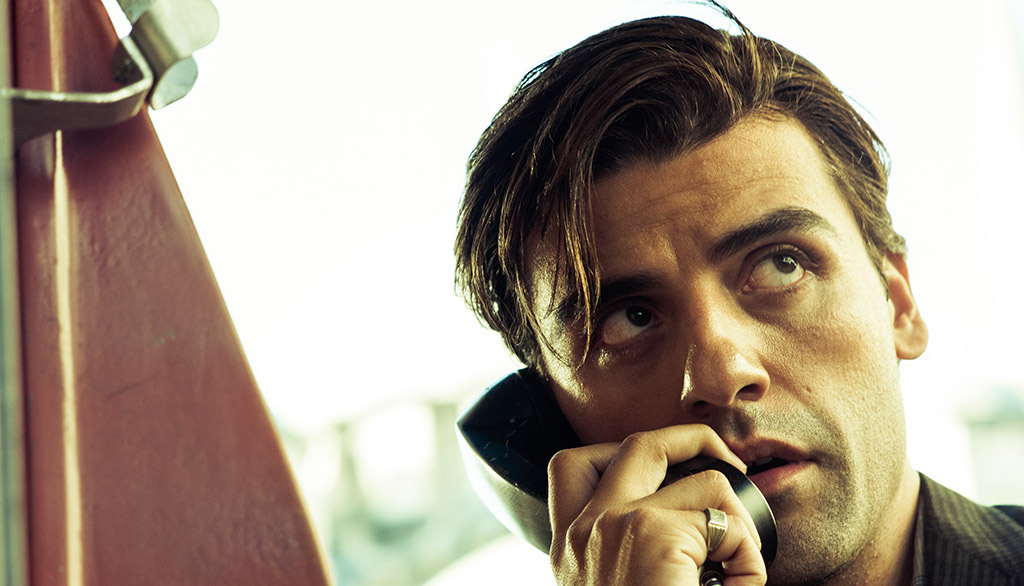 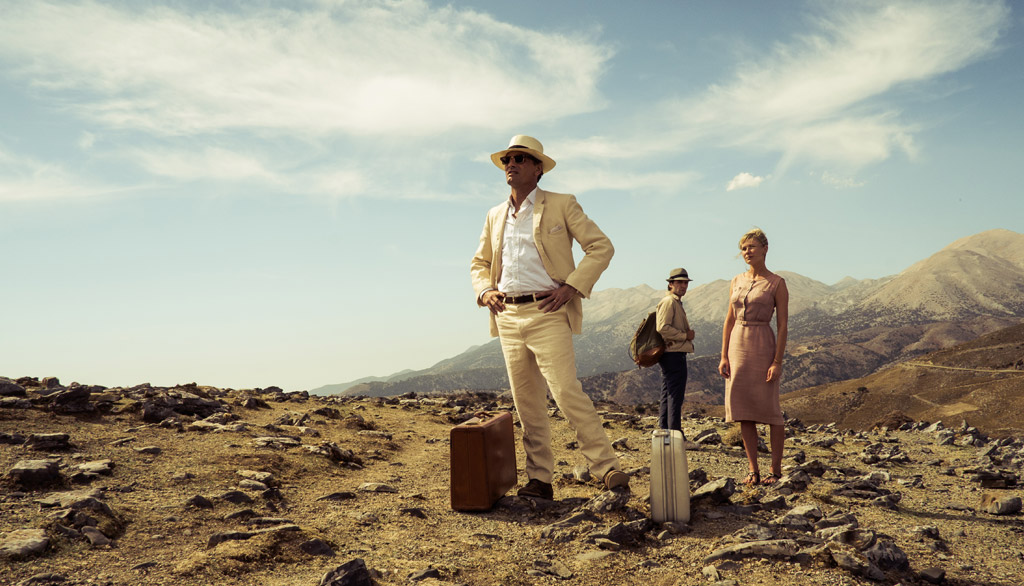 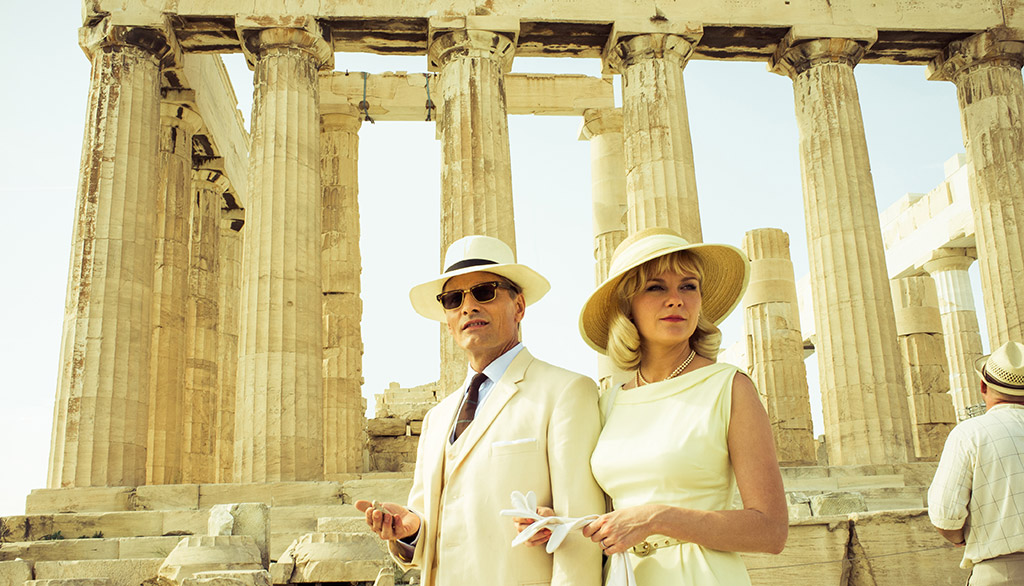 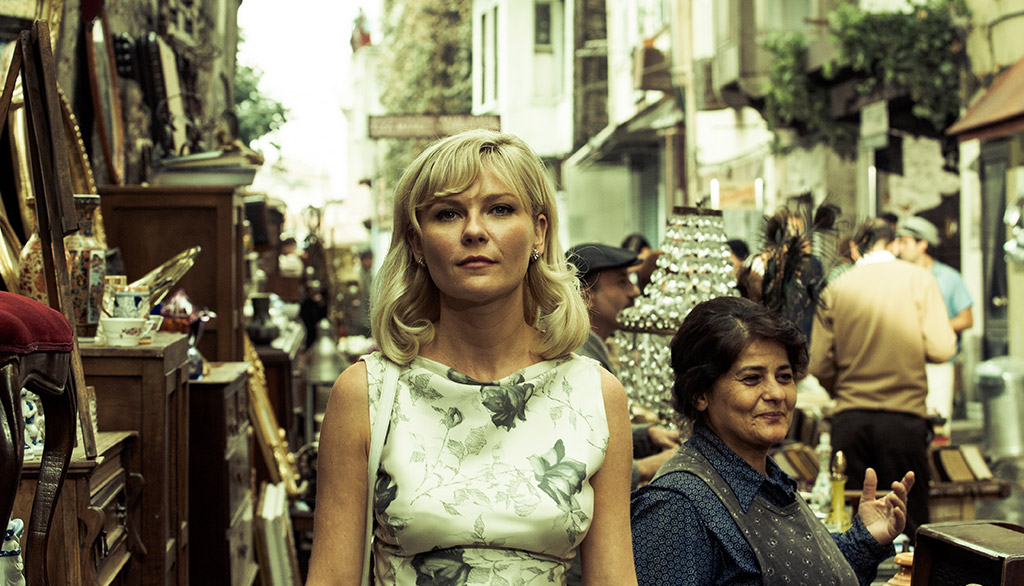 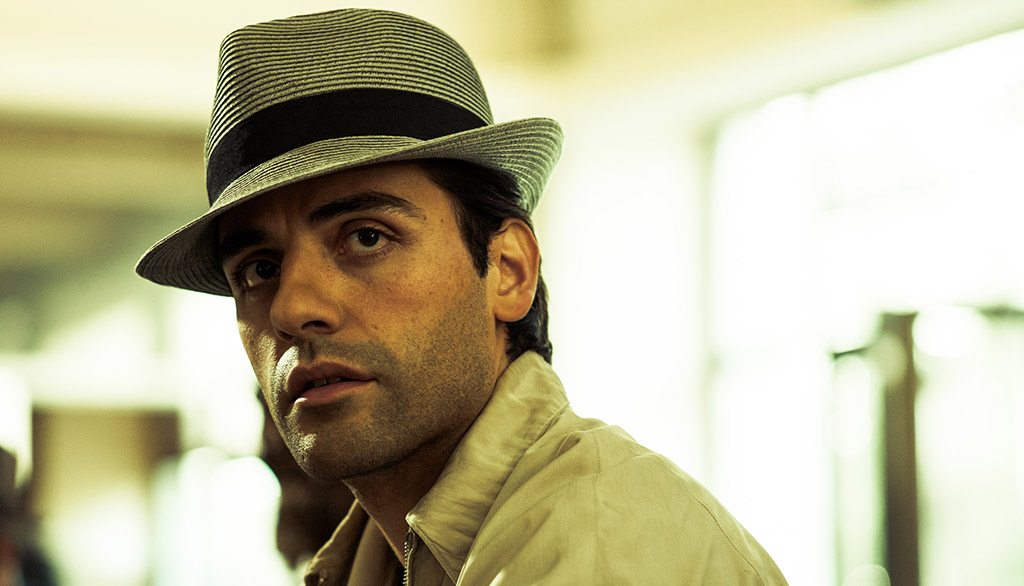 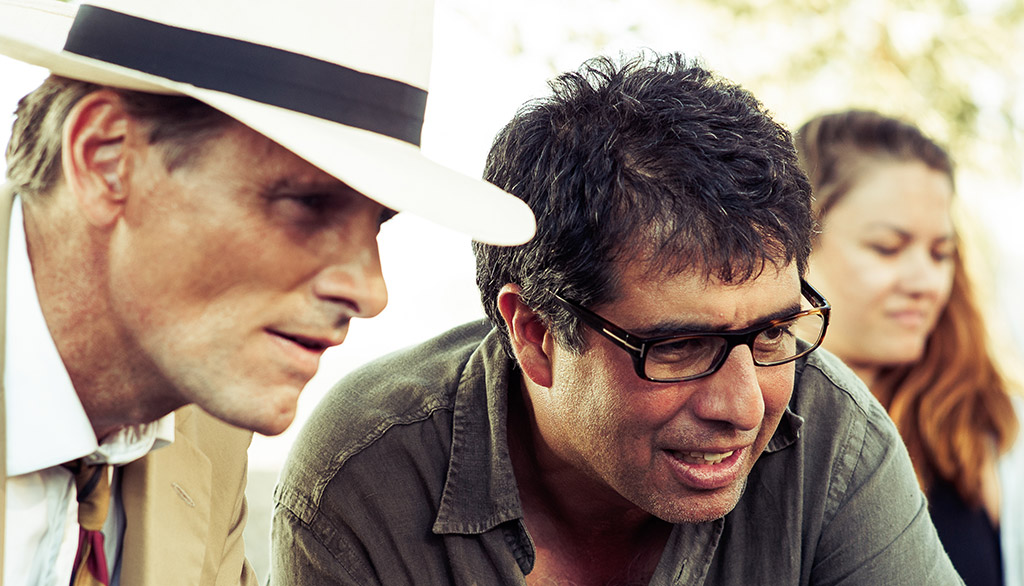 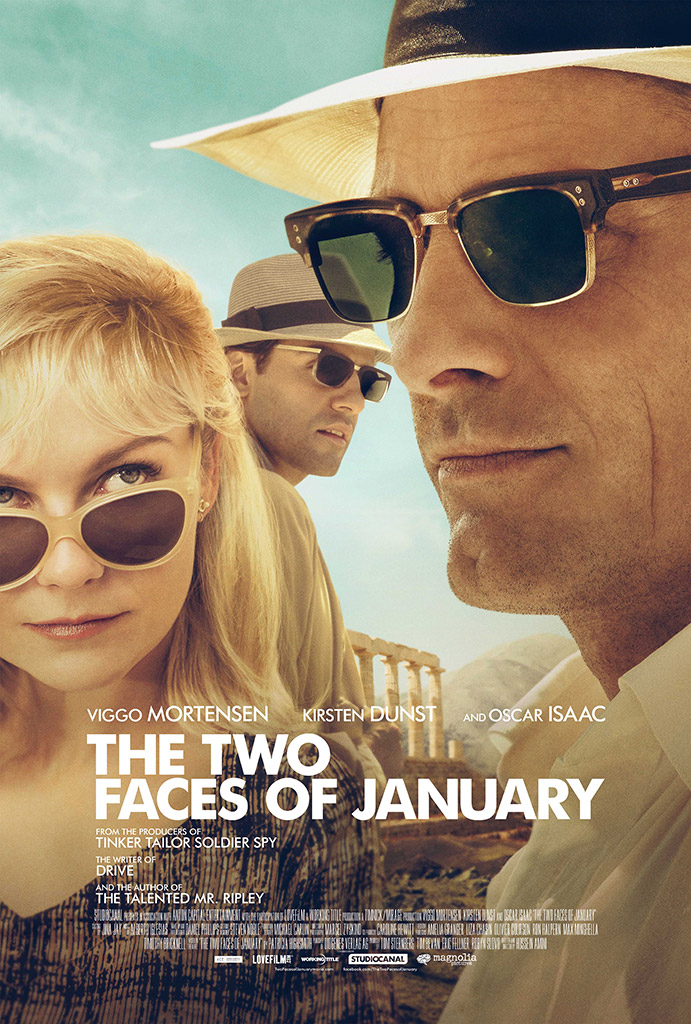 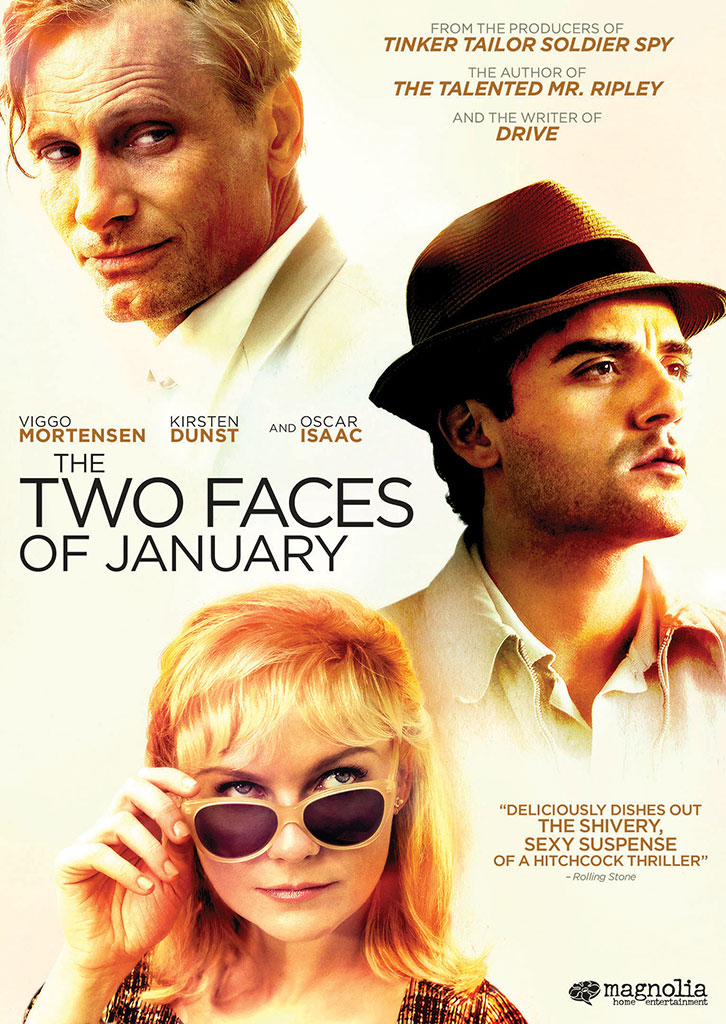 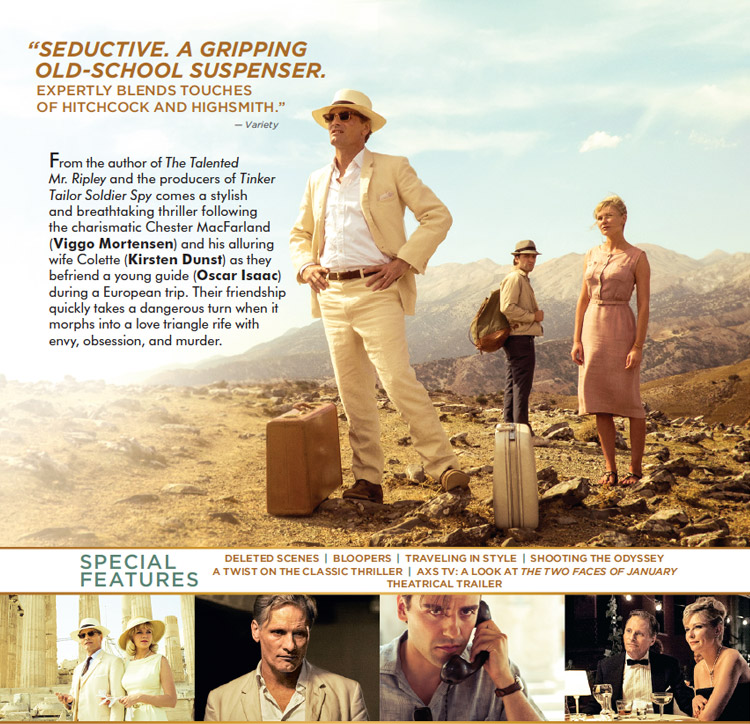