"Fascinating...’Experimenter’ offers a heady brew of theories about the essence of human nature."

"Michael Almereyda dissects the life and work of controversial psychologist Stanley Milgram in a highly stylized biopic worthy of its subject."

"Almereyda’s smartly written script attempts to make up for its lack of traditional dramatic elements with continuous questions about Milgram’s—and everyone’s—ability to make a choice in society."

"Far and away Almereyda’s strongest, most coherent, and moving film."

"A darker comedy, indeed one that Kubrick might have envied, Michael Almereyda’s Experimenter is a spare, formally ingenious biopic about Stanley Milgram, the Yale social psychology professor who in 1961 concocted an experiment that demonstrated that obedience to authority overruled morality and empathy in a large majority of his subjects."

"Grounded by strong performances from Peter Sarsgaard and Winona Ryder."

"Intelligently written and well performed, Milgram’s results are chilling to comprehend, and Almereyda’s closing statements are wisely observed concerning the puppets that human beings tend to be, with awareness of our flawed natures the only available solace we can conceive."

"Peter Sarsgaard is a mesmerizing."

"The film belongs to Sarsgaard, whose snide inflection and quiet, wall-eyed intensity are ideally suited to the material."

"You’ll find that the film has worked its way underneath your skin while burrowing into your subconscious. Don’t be surprised if it stays there for a while."

"Many biopics simplify great lives; Experimenter enriches and enlarges one."

"Outstanding. Sarsgaard gives one of his finest performances."

"An aesthetically and intellectually playful portrait."

"The most pleasingly cerebral of recent American films."

"MICHAEL ALMEREYDA IS ONE OF OUR TREASURES. ’Experimenter’ may be his ‘Zelig’ or ‘American Hustle’, the riff on history that lands him at the front of the cultural brainpan."

"DARING, BRACING, STUNNINGLY EVOCATIVE. ALIVE AND ALERT FROM ITS FIRST MOMENT. Rarely does a biopic balance its subject’s cultural importance and personal idiosyncrasies as finely as this remarkable film does."

"STANLEY KUBRICK WOULD HAVE LOVED IT. Far and away director Almereyda’s strongest, most moving film. Winona Ryder is superb and so is Peter Sarsgaard."

"A BRACING WORK OF SUBDUED AUDACITY."

. It delights in surprising the viewer, right up to its mysterious and perfectly judged final moment."

"IT IS A THRILL to see Almereyda plunge full-bore into Milgram’s work and the implications of it both then and now."

Yale University, 1961. Stanley Milgram (Peter Sarsgaard) designs a psychology experiment that remains relevant to this day, in which people think they’re delivering painful electric shocks to an affable stranger (Jim Gaffigan) strapped into a chair in another room. Disregarding his pleas for mercy, the majority of subjects do not stop the experiment, administering what they think are near-fatal electric shocks, simply because they’ve been told to. Milgram’s exploration of authority and conformity strikes a nerve in popular culture and the scientific community. Celebrated in some circles, he is also accused of being a deceptive, manipulative monster. His wife Sasha (Winona Ryder) anchors him through it all. 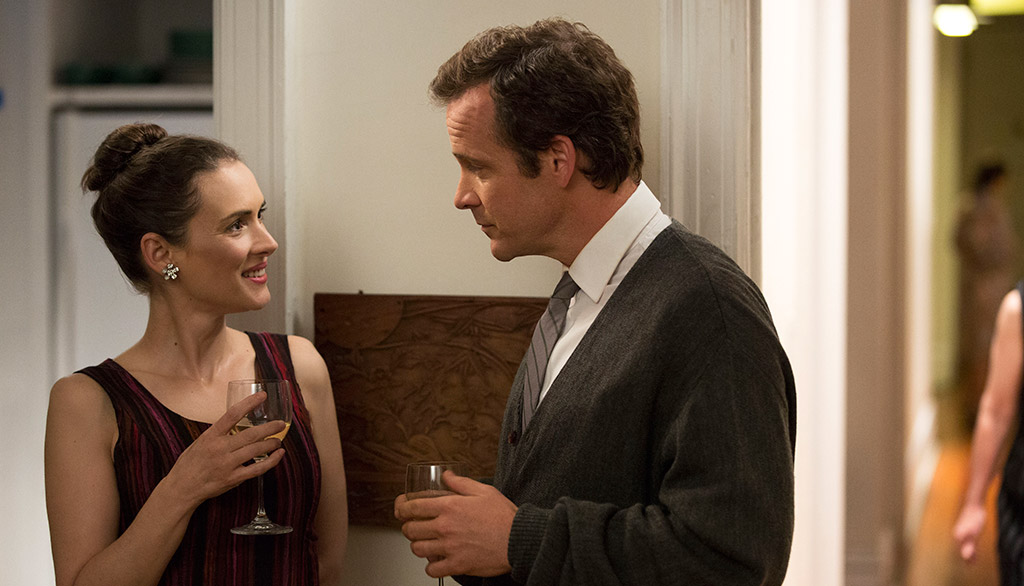 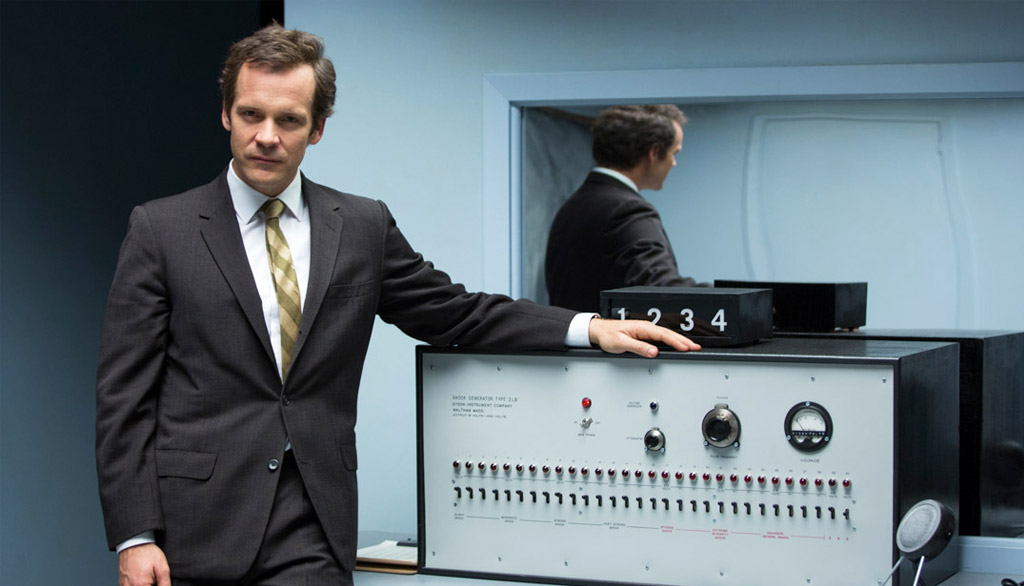 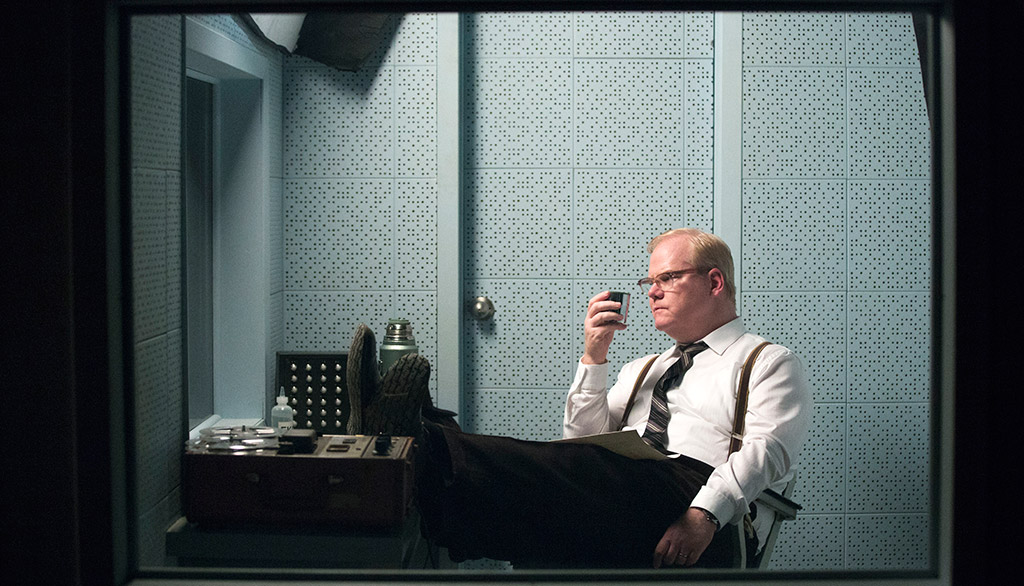 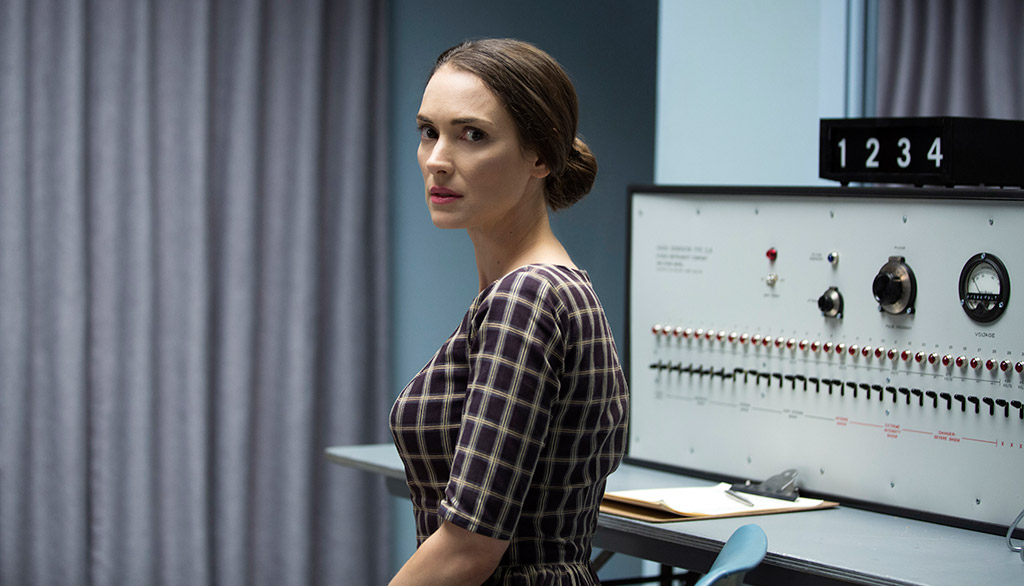 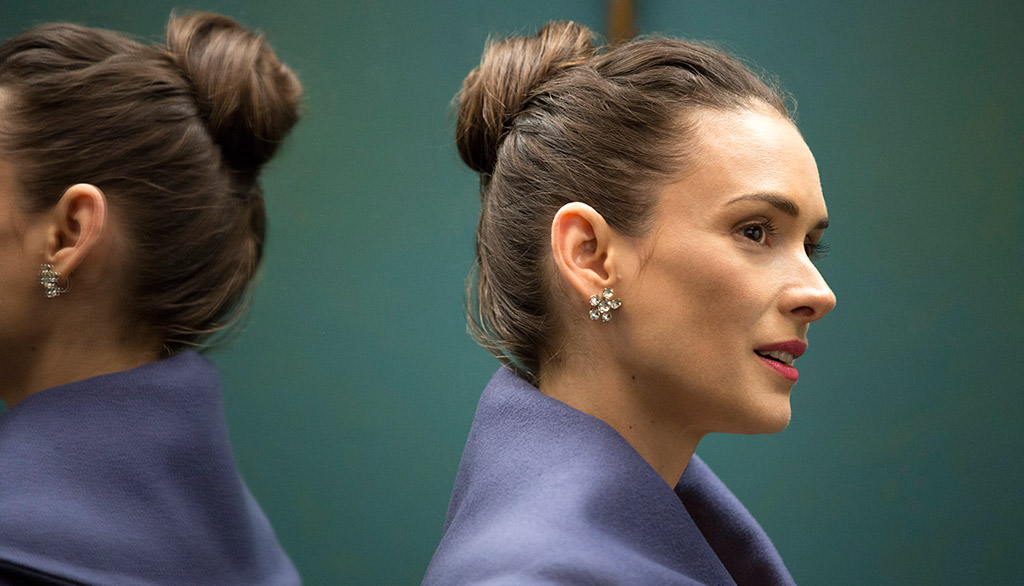 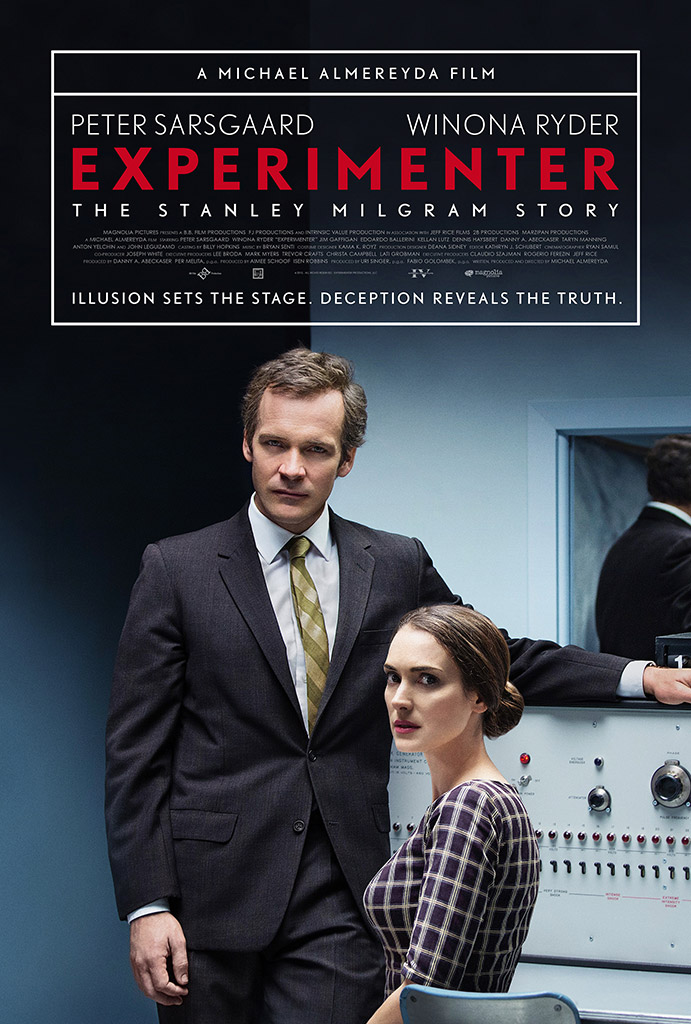 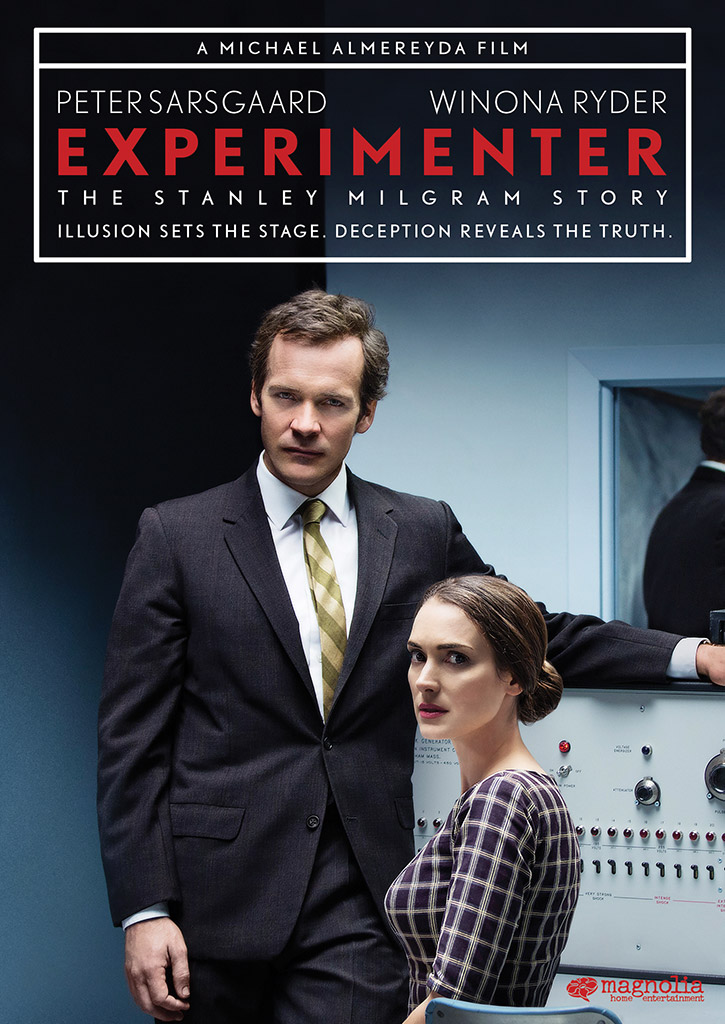 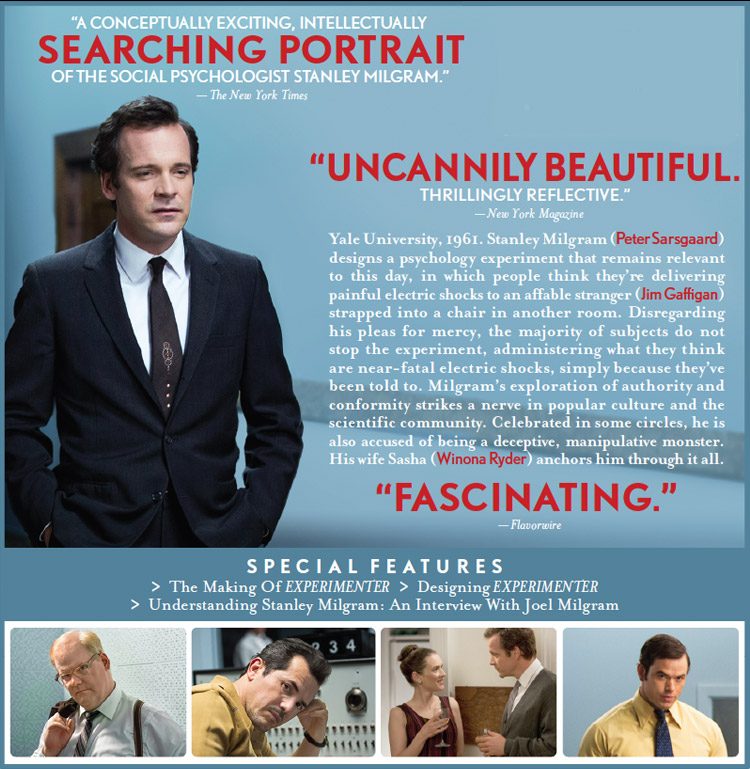