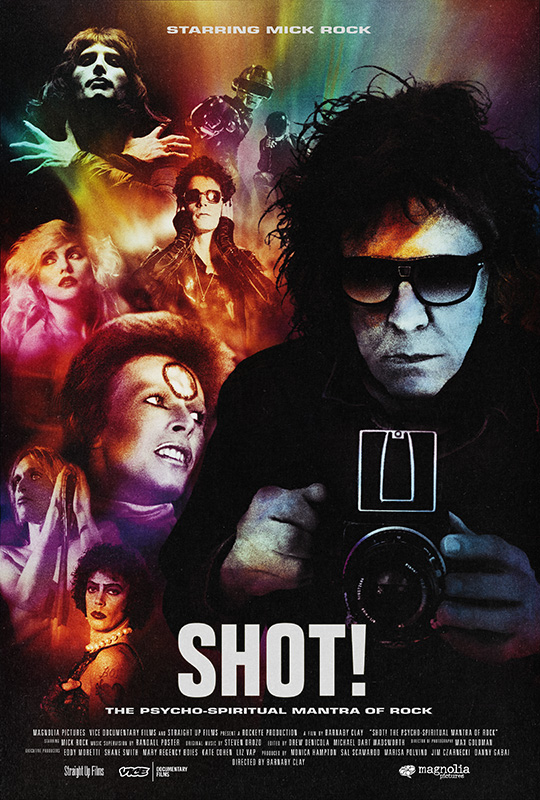 SHOT! THE PSYCHO-SPIRITUAL MANTRA OF ROCK is an odyssey into the colorful and bohemian world of rock 'n' roll's history. A cinematic adventure that delves deep into the mind of one of rock's greatest living photographers: Mick Rock. Through the compelling lens of rock 'n' roll mythology; icon-maker, psychedelic explorer, poet, and custodian of dreams Mick Rock navigates his story from the glam rock shimmer of London to the snarl of NYC punk, and deep into the new millennium. Mick's now infamous images of the likes of David Bowie, Queen, Syd Barrett, Blondie, Lou Reed and Iggy Pop are imprinted on our collective psyche forever and generations to come.