"A beautifully made and deeply felt adaptation of Lewis Grassic Gibbon’s 1932 novel of rural Scotland before the first world war, “ “Davies’s careful, patient visual sense brings out the Hardyesque nature of this story..” “this primal contrast of human suffering with natural beauty is a paradigm that persists in resurfacing in British social realist movies today."

"Sunset Song is a hymn to the enduring power of the great outdoors, out-Malicking Terrence Malick in its obsession with earth, wind and fire"

".. luminous and lyrical, sorrowful and celebratory, and, most impressive of all, shot through with an intense compassion for its characters, good and bad alike..” “Sunset Song is quietly devastating in its emotional impact, but its passions are held firmly in check. And Davies’s masterful exploration of his underlying themes – the strength of the human spirit, the wonders of nature, even the brutality and fickleness of fate – sweeps everything before them"

He knows a story that is worth telling. He knows how to tell it. And he knows how to make it tell, hours, days or, with his best films, even years after it has been told."

"A warm, intimate epic of Scots rural life from Terence Davies, filmed with palpable affection and framing a central performance of emotional intensity"

"A ballad of love and heartbreak... the sheer grandeur sweeps you along"

".. a tour de force of drama, composition and color."

"Visually stunning and emotionally engrossing. The painterly visuals of Davies’s films are more achingly beautiful than ever here."

"Agyness Deyn shines in Terence Davies' lolling romantic drama...Davies, perhaps British cinema’s pre-eminent nostalgist, has made a film that’s perfectly suited to the too-big screen. His adaptation of Lewis Grassic Gibbon’s classic novel is packed with emotional bombast, almost relentless in its lushness... Davies recently said that he doesn’t understand the modern world, preferring a romantic version “that doesn’t quite exist anymore”. With Sunset Song he’s again made a prize of beauty and found peace in the past."

"Agyness Deyn makes a striking lead as Chris Guthrie, who struggles to escape the shadow of her ferociously religious father (Peter Mullan, doing his Peter Mullan thing) and define herself as her own woman... Davies glides the story gracefully through time, finding beauty in Chris’s world as well as despair and letting her struggle for independence stand as the proto-feminist choice it is."

"A luminous performance by Agyness Deyn."

"Close to flawless. A ballad of love and heartbreak sung with passion"

"Michael McDonough's landscape cinematography is rapturous. The sheer visual grandeur sweeps you along."

"A film that demands to be seen. Terence Davies Hits a New High Note With the Gorgeous Sunset Song."

One of the great director Terence Davies' best films."

SUNSET SONG is an intimate epic of hope, tragedy and love at the dawning of the Great War. A young woman’s endurance against the hardships of rural Scottish life, based on the novel by Lewis Grassic Gibbon, told with gritty poetic realism by Britain’s greatest living auteur, Terence Davies. The film takes place during the early years of the twentieth century, with the conflicts and choices a young woman experiences reflecting the struggle between tradition and change; a struggle that continues to resonate today. 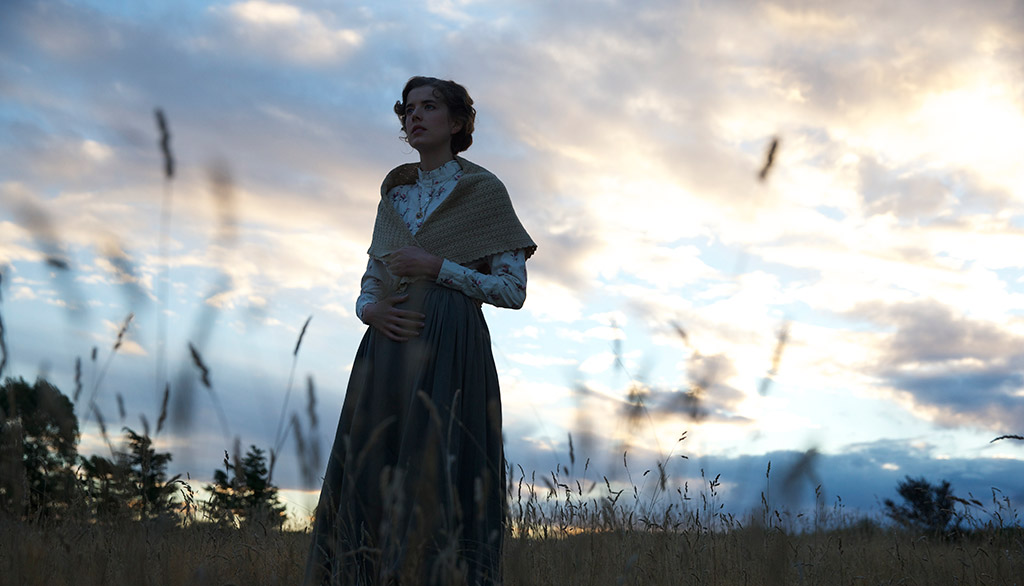 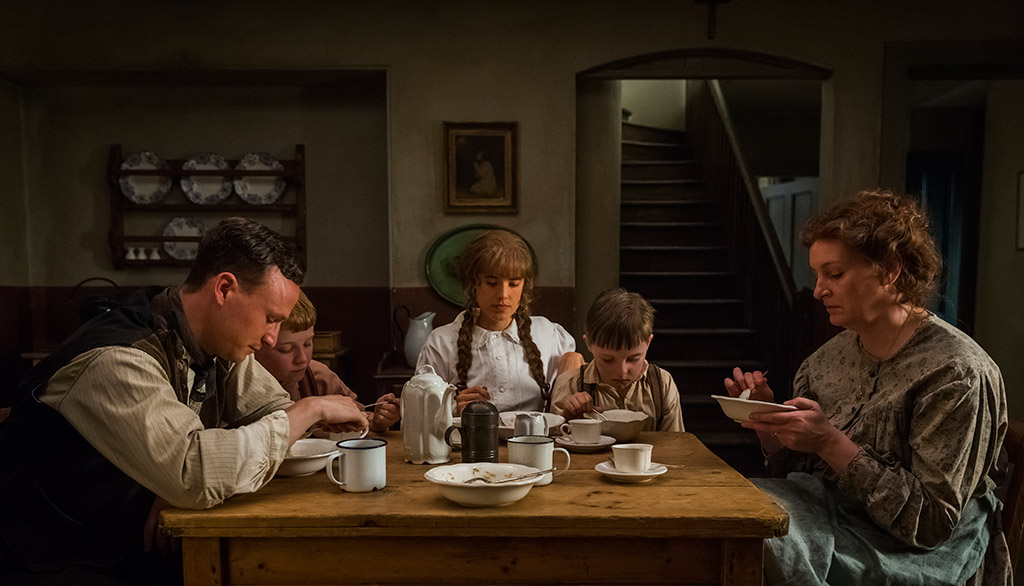 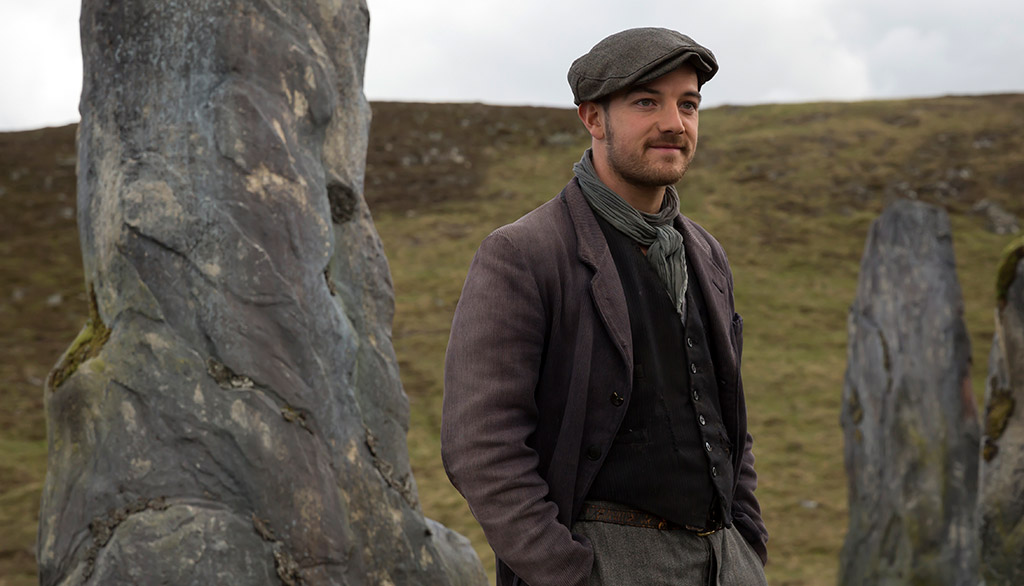 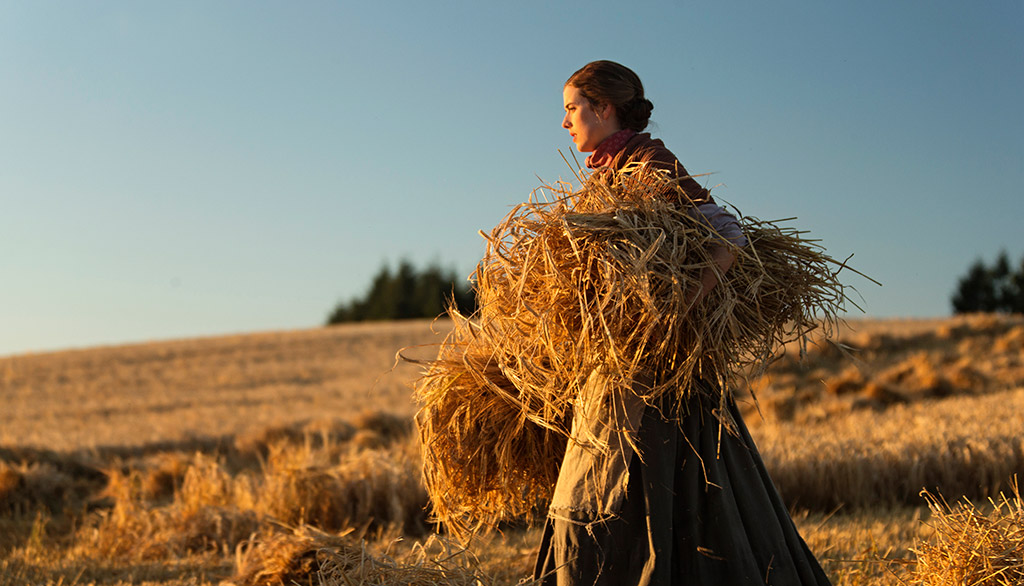 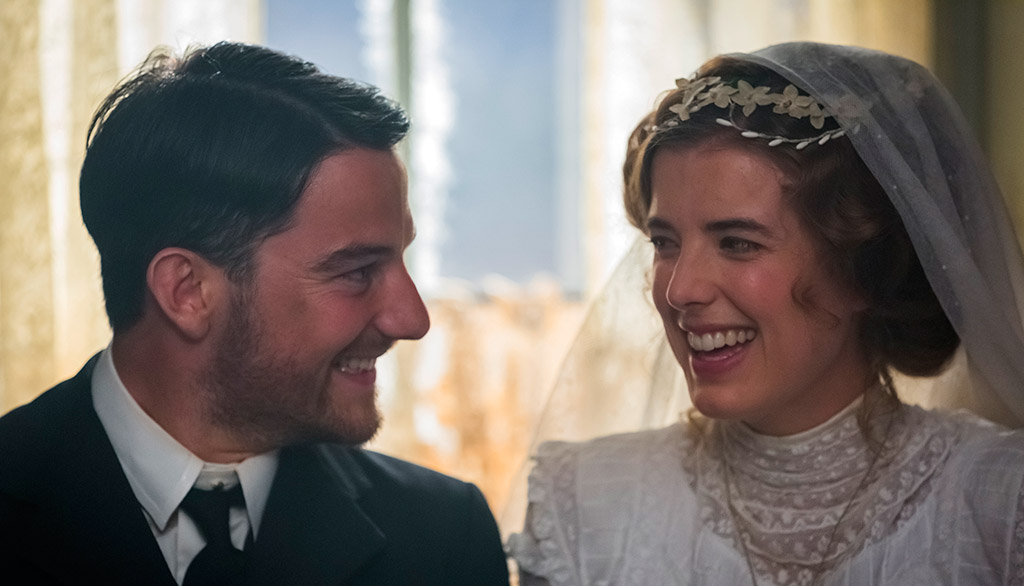 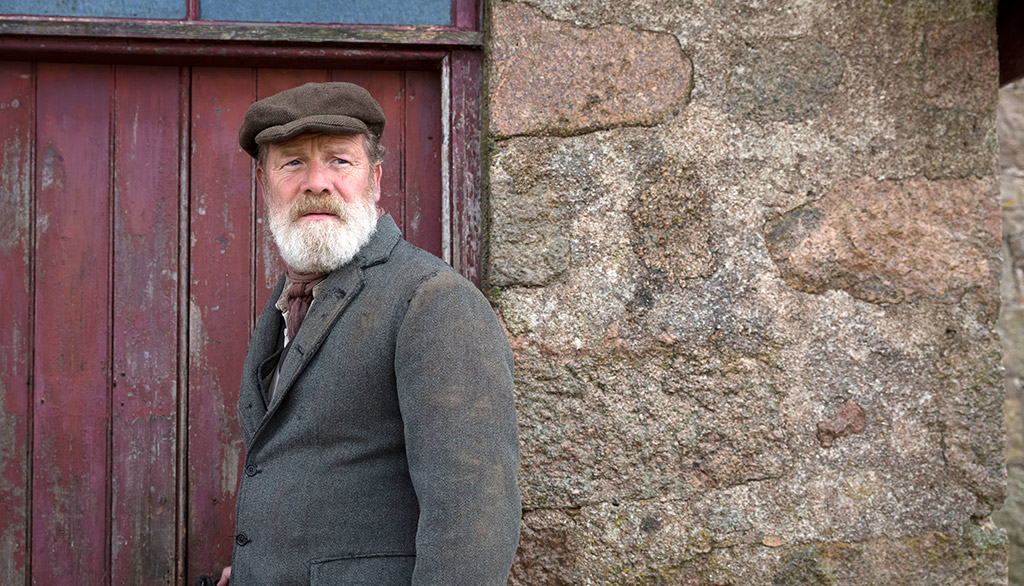 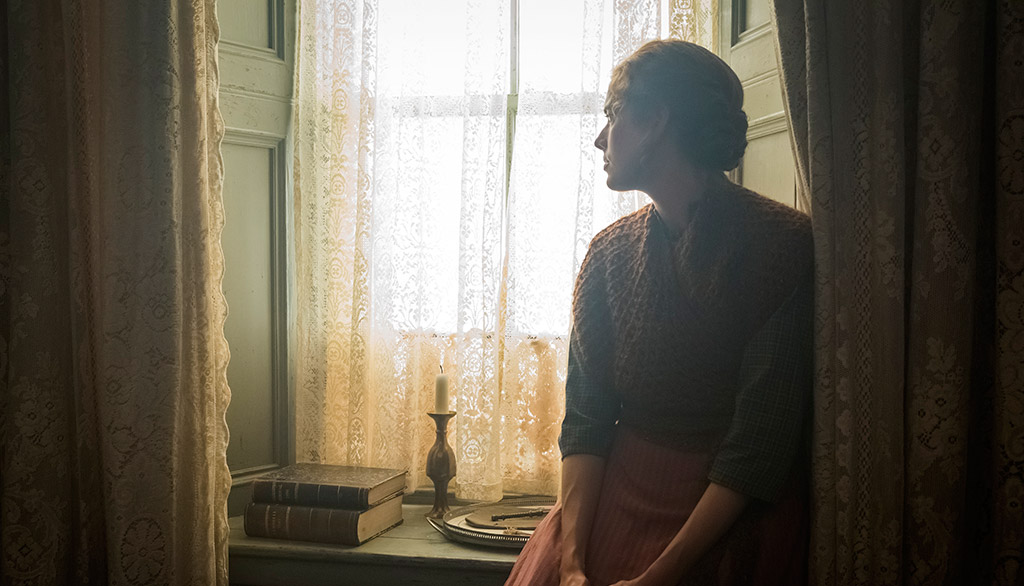 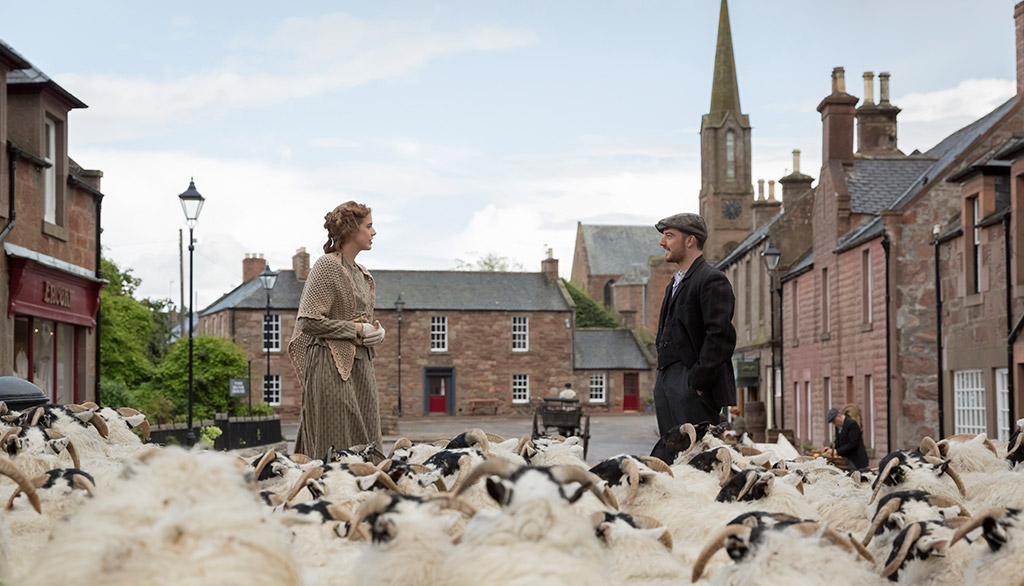 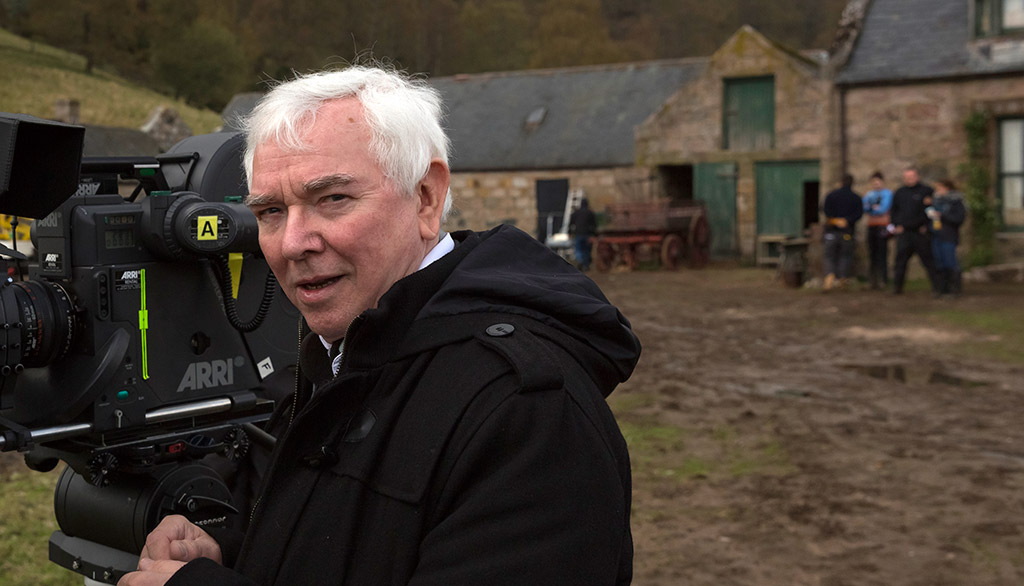 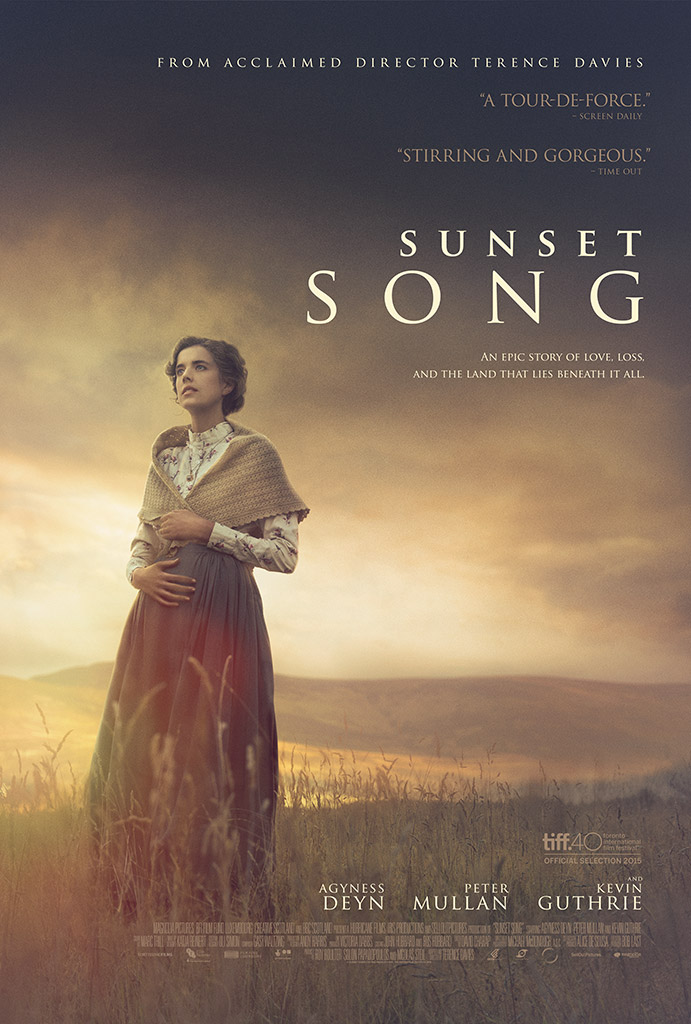 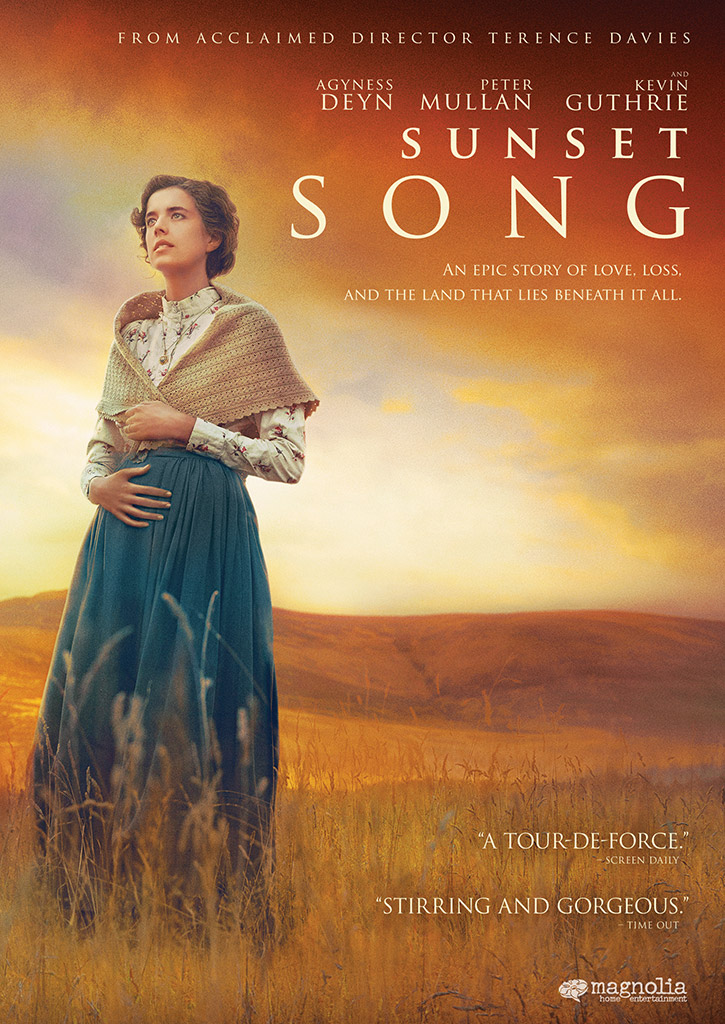 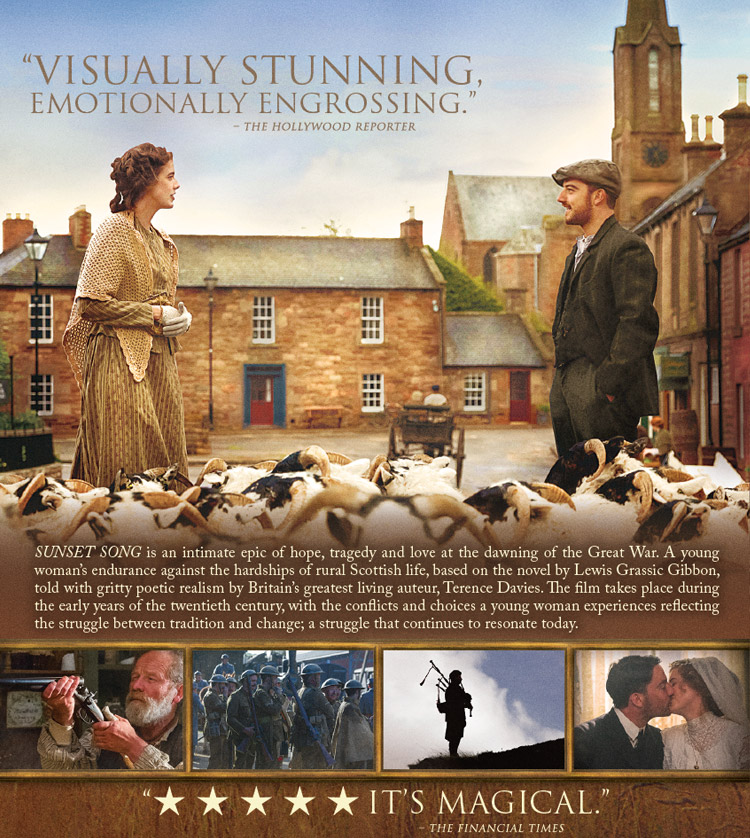