"Evokes the Best of Woody Allen."
- Indiewire
"Characters you could happily watch for hours."
- Indiewire
"A charming ensemble comedy."
- rogerebert.com
"The rare love letter to New York done right."
- THE AV CLUB
"CHARACTERS YOU WOULD HAPPILY WATCH FOR HOURS. Once you settle into its groove the movie becomes much more than the sum of its parts."
- David Ehrlich, IndieWire
"VERY FUNNY. The rare love letter to New York done right."
- Ignatiy Vishnevetsky, AV Club
"A REAL GEM. Dryly funny and wonderfully musical."
- Jason Bailey, Flavorwire
"Emanates an optimism that is infectious right up through the closing sequence, a boisterous scene of pure joy."
- Margaret Barton-Fumo, Film Comment
"Among my personal favorites at Sundance this year. A gently affecting look at a group of New Yorkers all struggling in their own way to connect with others."
- Mark Olsen, The Los Angeles Times 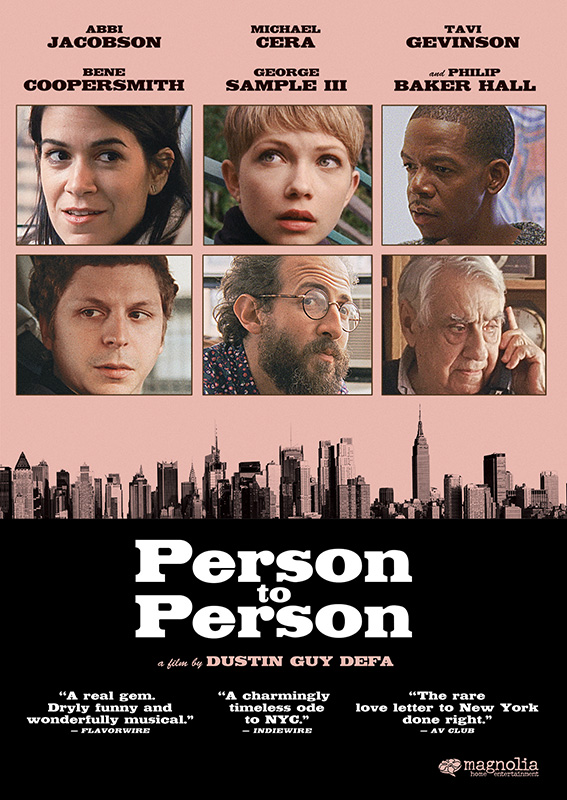 A record collector hustles for a big score while his roommate tries to erase a terrible mistake, a teenager deals with her best friend’s new relationship, and a rookie reporter and her metal-head supervisor, chase the clues of a murder case involving a clock shop owner; it’s all just a day in the life of a group of eclectic New Yorkers as they grapple with the mundane, the unexpected and the absurd. Starring Abbi Jacobson, Michael Cera, Tavi Gevinson, Philip Baker Hall and more.